Reports on global health for the British Medical Journal and life sciences and the environment — particularly the Amazon rainforest—for leading science publications.

Particularly interested in the interplay between conflict and issues like deforestation, the international drug trade and migration. 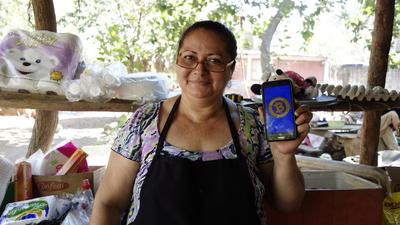 This country made Bitcoin legal tender. Crypto bros love it, but not everyone is happy

Cash used to be king for Carolina Reyes. She would only hand over hearty snacks from her grill on the Pacific coast of El Salvador in exchange for green US dollar bills or rusty old dimes. But now she is selling her pupusas — the country's signature stuffed cornbreads — for cryptocurrency. "It was hard to get used to at first, but I'm getting pretty good at using the app," she says with a grin, proudly flashing the Bitcoin Beach wallet she uses to receive payments. 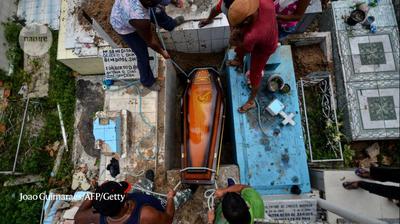 ‘We are being ignored’: Brazil’s researchers blame anti-science government for devastating COVID surge

More than a year after Brazil detected its first case of COVID-19, the country is facing its darkest phase of the pandemic yet. Researchers are devastated by the recent surge in cases and say that the government’s failure to follow science-based guidance in responding to the pandemic has made the crisis much worse. They add that President Jair Bolsonaro’s administration has publicly undermined science while refusing to implement protective national lockdowns and spreading misinformation. 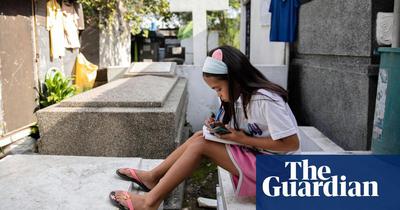 ‘I miss school’: 800m children still not fully back in classes

Across the world 800 million children are still not fully back in school, Unicef is warning, with many at risk of never returning to the classroom the longer closures go on. There are at least 90 countries where schools are either closed or offering a mix of remote and in-person learning. The UN agency’s chief of education, Robert Jenkins, told the Guardian that the closures are part of “unimaginable” disruption to children’s education. 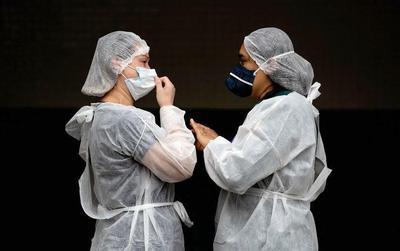 Manaus, a Brazilian city of more than two million that lies hundreds of miles from the Atlantic coast in the midst of the Amazon rain forest, has stood out as one of the world’s leading COVID hotspots. Tragically, it continues to provide the wrong lessons about what should be done to ease the spread of SARS-CoV-2, the virus that causes the disease. The city and Brazil as a whole have become an exemplar of what happens when a country pursues a strategy of denying the pandemic and embracing herd immunity. 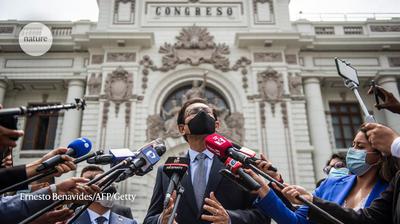 A clinical trial of COVID-19 vaccines in Peru has sparked outrage and triggered a series of high-profile resignations at universities and in government. Politicians, researchers and some of their family members who were not enrolled as trial participants nevertheless received vaccines — breaching standard protocols. Investigations are ongoing as the country struggles to inoculate its general population with limited doses. 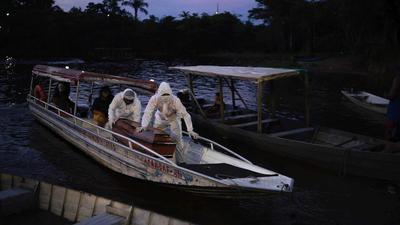 Manaus was thought to be the first city to reach herd immunity. Then a second wave hit

Once the ICU units in Manaus's hospitals were fully occupied, the crisis spilled out into the corridors. Patients lying sideways on makeshift beds and breathing from oxygen cylinders lined the hallways as friends and family watched over them. Outside, others were less fortunate. Some died at the hospital doors after having been denied entry. Some who decided to stay at home, where there was a bed available, choked to death. The city's oxygen supplies were exhausted. 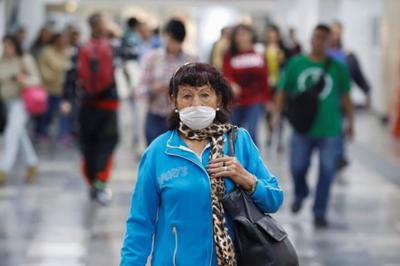 As the streets in Mexico City filled with cars, crowds, and Christmas excitement this December, the traffic light system indicating the status of its covid-19 hospitals began to turn red. “Our hospitals are full and the health system is collapsing,” says Mercedes Aranda, a resident in infectious diseases at one of Mexico City’s principal public hospitals. “It didn’t have the infrastructure to sustain itself before; now the situation is even worse as people have lost fear of the pandemic and the government has never taken responsible action.” 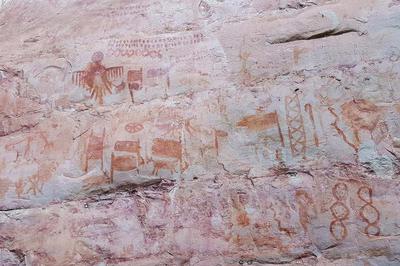 An extensive collection of ancient rock art and archaeological remains found deep in the Colombian Amazon offers a rare glimpse into the lives of the earliest people to inhabit the region. The images and remains suggest that people lived in the northern Amazon at the same time as now-extinct mega-mammals. They also show that the ancient humans had a varied diet, indicating that they adapted quickly to their new environment. 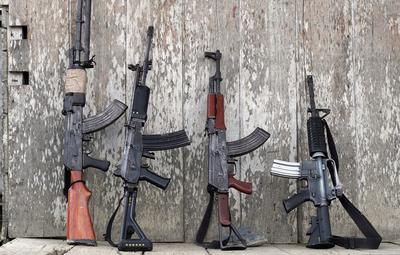 Almost as many children are estimated to have joined armed groups in Colombia in the first half of this year as in the whole of 2019, as the economic and social fallout of the coronavirus pandemic provides fertile ground for recruiters amid a resurgence of violence and conflict. 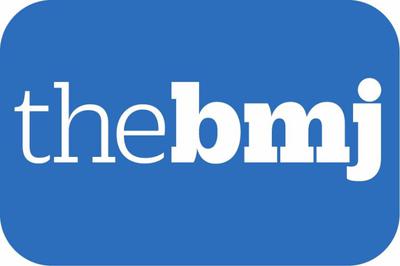 When the 15 bed clinic managed by Diego Posada started filling in mid-June, he received an elderly patient from a nearby town with severe respiratory conditions. Owing to a lack of equipment at the small clinic in rural northwestern Colombia, he sent the patient to the capital, Bogotá, where doctors could better treat her and hopefully save her from becoming the latest victim in Colombia’s losing battle against covid-19. 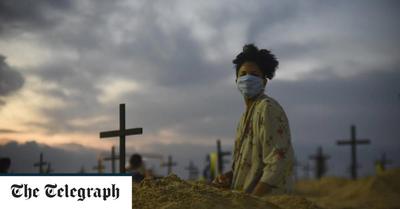 If South America is the new Covid-19 “epicentre”, as the World Health Organization (WHO) labelled it on May 22, Brazil is its key battlefield. The worst could also be yet to come for Brazil with both the winter flu and Amazon fire seasons now underway as the curve continues to rise. But public health experts say lessons can already be learnt from the country’s response which squandered a serious advantage it held over similar profile countries across the globe: its own equivalent of Britain’s National Health Service (NHS). 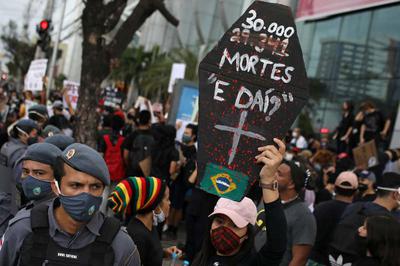 How South America became the new centre of the coronavirus pandemic

CONFIRMED cases of covid-19 have surged in South America in recent weeks. As daily infections surpassed those in Europe and the US, the World Health Organization declared the region the pandemic‘s “new epicentre” on 22 May. More than a million cases of coronavirus and 60,000 deaths had been registered as of 7 June in Latin America, which includes countries in Central and South America and Mexico. Many are struggling with poor healthcare systems and vast economic inequalities. 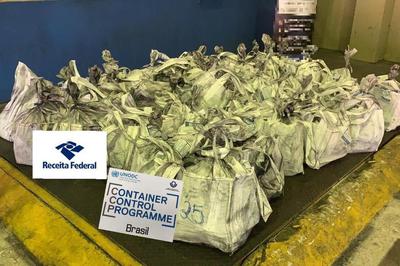 How drug cartels are adapting to lockdowns around the world

Prying open a container in the port of Antwerp, Belgian customs officers were sure they were about to uncover a massive drugs bust: five tonnes of cocaine from South America was supposed to be inside. But when they pried it open, all they found was a pile of squid. The flummoxed officials discovered the cartels had been one step ahead, swapping out the illicit cargo upon arrival at port and before it could be checked by customs. 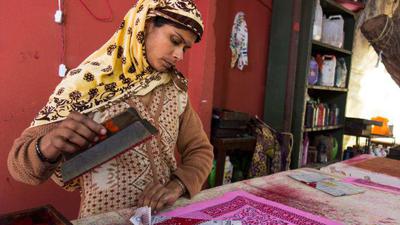 In this Indian village, killing tigers used to be a way of life — until an unexpected gift changed everything

Lakhaan Singh recalls the day he first killed a tiger as clearly as the emotional conflict it caused, eating away at him from the inside. When the moment came, he thought of himself, of his late father and the mighty Hindu goddess Durga. Charged with combating evil and protecting those weaker than herself, the many-armed Durga is often depicted majestically riding a big cat. Singh's father was such a devout Hindu he would scald his own hands with boiling oil to pay respects to the deity. Now, here was Singh, about to slay a tiger. 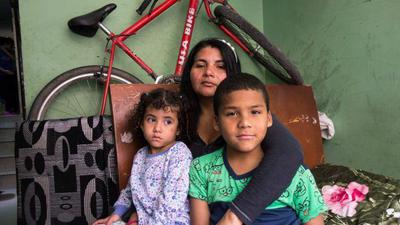 I left my homeland to save my daughter's life. Now coronavirus has left us facing a new crisis

Looking around Helena Figueroa's humble apartment it's difficult to comprehend why — and how — one would leave behind their home, family, and all their worldly possessions in Venezuela for the precarious situation she now finds herself in: living out of a converted brothel in the gritty outskirts of Colombia's chilly capital, Bogotá. 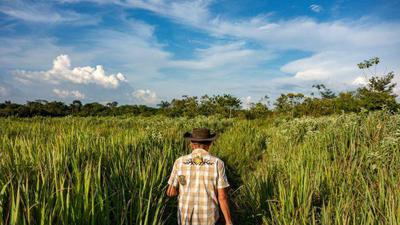 Flaviano Mahecha is using his trusty machete to carve a path through the grassy undergrowth and prickly bushes of a farm on the edge of the Amazon rainforest. As he approaches a group of palm trees he stops: "This is moriche, and this is acai," he says, pointing excitedly at their leafy crowns. "Isn't it beautiful? All of Guaviare used to look like this," he adds, referring to the Colombian province that now forms the frontline in a fight to save the Amazon. 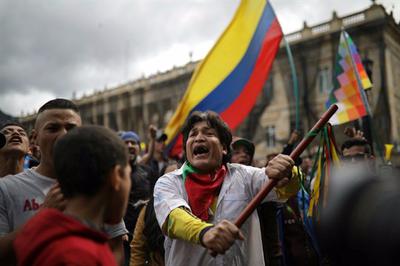 Will Colombia’s Duque Be the Next to Stumble Over Mass Protests?

Demonstrators have taken to the streets over the past three weeks in a series of massive antigovernment rallies in Colombia, making it the latest Latin American country to be convulsed by protests. While the ongoing unrest has not yet reached the scale of other recent crises elsewhere in the region, such as Bolivia or Chile, it nonetheless poses a stiff challenge to conservative President Ivan Duque, who has come under criticism in recent months for his unpopular economic and security policies.

Rage against the crisis: Venezuela's punk scene finds a new voice in Bogotá

The guitarist stops fiddling with his pedals as the lead singer, wearing long dreadlocks and all-black denim, approaches the edge of the stage. “This one is dedicated to the police,” she tells the crowd, before stepping off and joining them. The band creates an aggressive wall of noise as lead singer Susana González screams political lyrics criticizing police oppression and brutality. 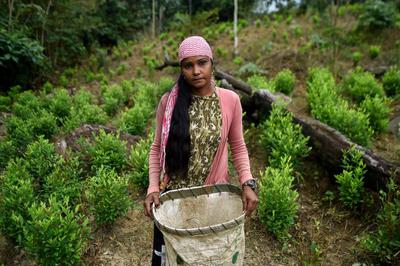 The Colombian government’s failure to fill a void left by Revolutionary Armed Forces of Colombia (FARC) rebels, who demobilized in 2016, is causing a spike in human rights abuses as armed gangs jostle for control of land on the Colombia–Venezuela border, Human Rights Watch said in a report released Aug. 8. 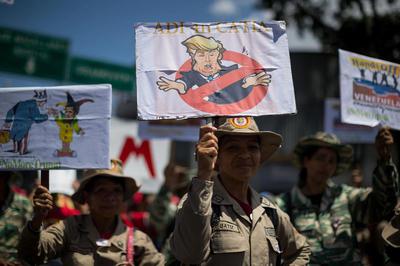 When Juan Guaido raised his nation’s tricolour flag in January and swore himself in as interim president to the rapturous cheers of thousands in Caracas, many hoped – and believed – President Nicolas Maduro was finally on his way out. A long-fractured opposition had reorganised, mass protests returned to the capital, and within minutes the US – followed by 50 other nations – officially recognised the national assembly head as the country’s legitimate leader.
Load More Articles
Close ✕